Photo courtesy of Ebay and Sylelist
As the latest news reports have stated, this year's JCPenney Big Book catalog will be the last one, ending a 36 year old tradition. The company cites increasing costs of production and mailing of the massive catalogs and a dwindling consumer base in contrast to the ever increasing online shopping choices. According to the article at Stylelist, at the catalog's peak it had between 900 and 1,500 pages and in 1979 surpassed $1 Billion in sales.

JCPenney's soon to be gone catalog joins other retailer catalogs of the past such as Sears, which discontinued their catalog in 1993. The company plans on focusing on smaller scale catalogs and it's online offerings.
Posted by Jack Thomas at 3:13 PM 4 comments: 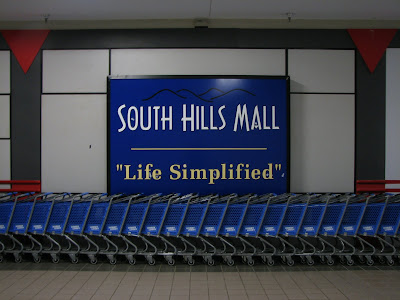 For those of you who do not know or simply forgot, the South Hills Mall was Poughkeepsie, New York's second enclosed mall. To give you the brief history, South Hills opened in 1976 to give shoppers a newer and closer place to spend their retail dollars. The area's first enclosed mall, the Dutchess Mall was 7 miles down the road, out of town and away from the center of attention. South Hills brought Sears, Kmart, Hess's, a theater and a food court along with about 100 stores. Everything went smoothly at first. The mall slowly killed off it's older predecessor and drew business from downtown. Then in 1987, the Pyramid Company of Syracuse bought land directly north of the mall and built their own mecca of shopping, the 1.2 million square foot Poughkeepsie Galleria. The two malls co-existed at first, but eventually Sears moved over to a vacated anchor slot at the galleria.

This started the downward trend, and eventually the mall sought to change course by bringing in big box retailers to bring business back. The old Sears space was split between Media Play and Phar-Mor's concept Pharmhouse store. The food court was made smaller by the addition of a Service Merchandise store in the front of the mall. The by then closed Hess's store became a Burlington Coat Factory. Other stores such as Old Navy, Bob's Stores, Office Max and others filled the mall.

This too proved unsuccessful as many of the stores closed due to bankruptcy or moved to betters digs. Smaller stores that were still there saw the writing on the wall and pulled out. The mall soon became a vacant hulk where people went to just walk around, see a cheap movie at the theater, or go to Kmart. 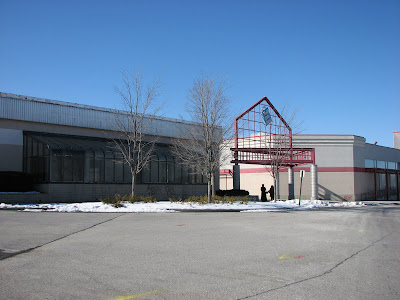 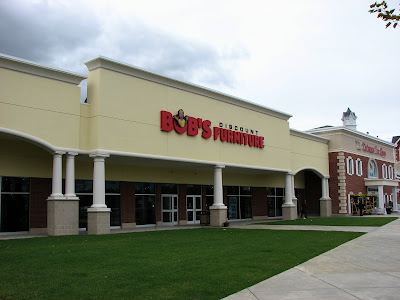 By February of 2008 the mall was closed and eventually sold. The new developers, Vornado Realty Trust came up with a plan to refurbish the property, and you guessed it, a strip mall would take its place. Everything from the hallway back was kept, and the hallway, former Service Merchandise and Media Play and the rest of the mall space in between was demolished. Everything that was left was gutted in preparation for new stores. Kmart, Burlington Coat Factory and the theaters were kept, as well as the former Price Chopper turned Shoprite. 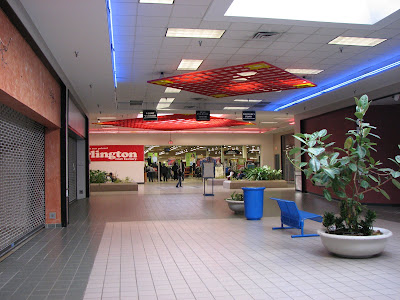 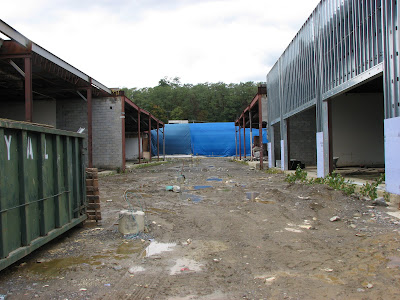 It's been pretty successful so far. Christmas Tree Shops and Bob's Discount Furniture have taken up shop, and a Hobby Lobby store, one of the first in New York State, has recently opened. There are many more spots for stores to come in. And the former hallway leading to Burlington Coat Factory will make a nice lifestlye section. Surely restaurants, smaller shops, and bigger name stores will make the new South Hills Mall home.

I hope to one day do a historical retrospective of the mall and post more pictures that I have of the mall. If anyone has any older pictures and/or articles related to and of the mall when it was in its heyday and would want them shared on the website, please don't hesitate to contact me. All of my contact information can be found by clicking either the links to the deadmalls.com pages or my personal profile page. Enjoy the pictures! 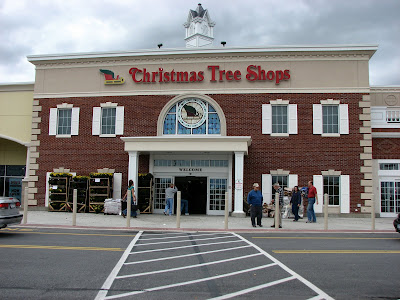 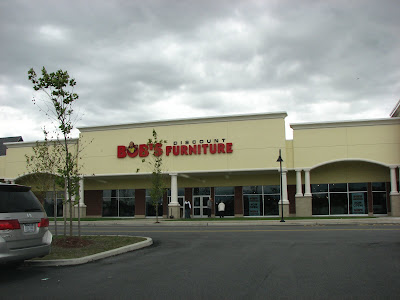 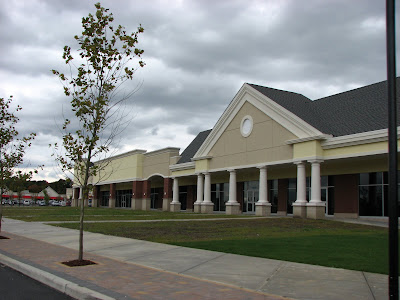 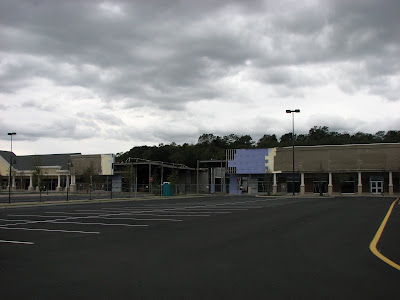 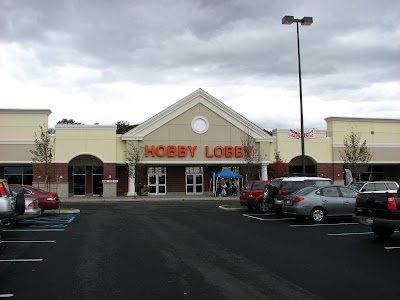 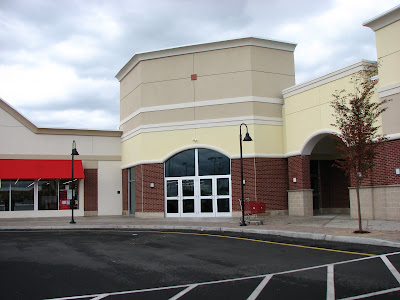 The new entrance to Kmart 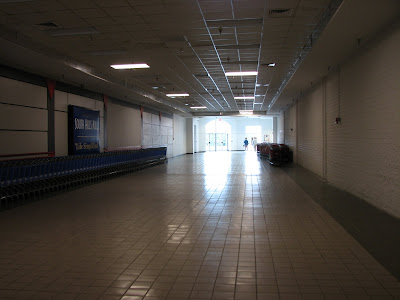 The only remaining piece of interior hallway 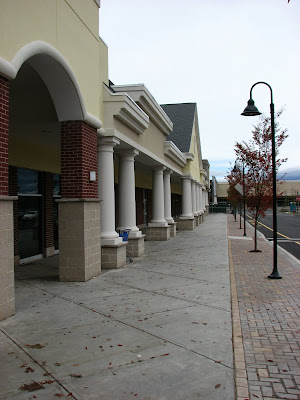 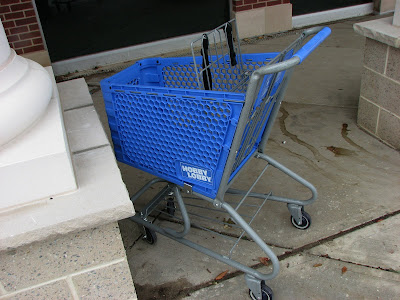 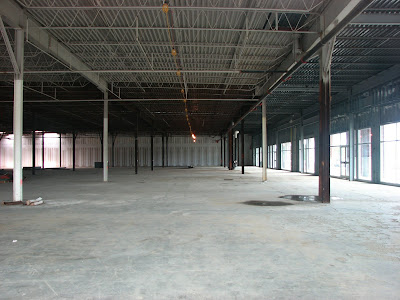 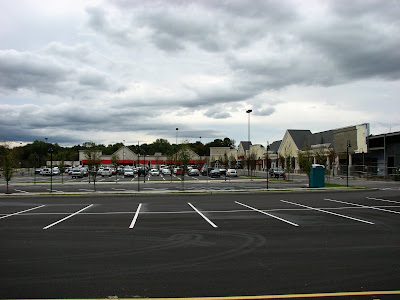 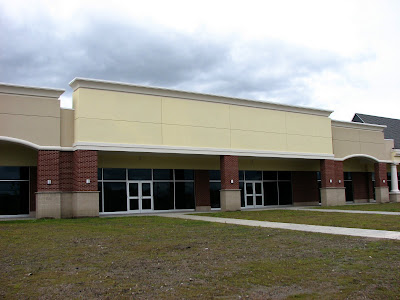 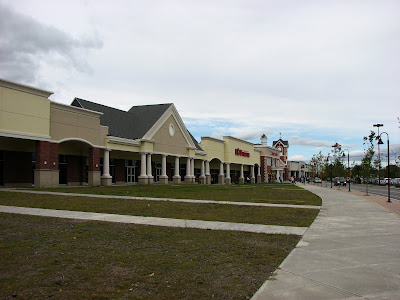 RETAIL HISTORY was recently started as an attempt to share information on the local retail scene. Having been both inspired by my work on www.deadmalls.com and by the people who run other blogs and websites about retail, this site will share news, insightful commentary, history, and occasionally subjects of a different nature to you the viewer.

This is not my first attempt at "blogging" although I am a bit of a late bloomer in those regards. I had started to develop a site for such purposes back in 2007 focused on the history of malls in my general area. That however was lost in the shuffle of everyday life, was neglected to be updated, and eventually taken down. I hope to keep this one going strong, not only as its own website, but as a companion to all the others out there.

What Led Me Here..

RETAIL HISTORY was all started out of the seemingly obvious personal interest in retail and shopping malls. I have been into retail for a long time, and like so many others who grew up in the 90's in the Northeast remember the now long gone chains such as Caldor, Bradlee's, Montgomery Ward, Jamesway, and so on. It is this interest that led me to deadmalls.com, where I currently submit commentaries from viewers and update the site along with its co-founder Brian Florence.

It's not so much the business related standpoint of retail that drew me in, but more of the way things have evolved in the retail world regarding the way people shop, the opening and closing of stores that we all love and even sometimes hate, and the overall feeling that shopping is here to stay, whatever form it may take. Of course you can't have one without the other, so perhaps the business perspective plays a role in my interest after all. But even still, that part was never what drew me to this.

I'd have to say what piqued my interest was a trip to Buffalo, NY in 1995 to visit family friends. While there, we went by the mall near where our friends lived, and I piped up that I wanted to go. I had liked going to the mall even from a young age, not to shop, but just to take in the atmosphere. I still to this day usually just go to a mall to walk around and take everything in. But back to the story, my request to go to this mall was rejected, and the reason being was that it was closed. I asked if it was just closed for the day, and they replied that no, it was closed for good. I could not take that as an answer, so the whole way back to their house, I kept asking whyit was closed. No one really had to my memory, a definitive answer. I later found out as I grew older that the mall in question, the Seneca Mall in West Seneca, NY succumbed to it's much younger rivals, the McKinley Mall in nearby Hamburg and the Walden Galleria, the then and still now top mall in the Buffalo area, located in nearby Cheektowaga.

I didn't really think much more about any of it after that trip, until I started seeing the same occurances again near where I lived. First with the Dutchess Mall in Fishkill, NY and later with the South Hills Mall , both near Poughkeepsie. For awhile even my hometown's Hudson Valley Mall was struggling, though they pulled through.

So I decided to do research on malls in general, the decline of their popularity, and so on. That's what led me to deadmalls.com in 2002. I have since become a part of the website in ways I could have never thought of previously. The website has received much media attention over the years, and has been featured in a 2007 documentary entitled "Malls "R" Us", about shopping malls and their impact on the world.

In 2005, I became a part of the Ames Fan Club message board community, and have since become one of the administrators for the message board.

All this, as well as submitting pictures to other blog related websites such as my personal favorite The Caldor Rainbow, headed by Nicholas DiMaio, as well as to the Ames Fan Club, headed up by Chis Fontaine, and of course, deadmalls.com have continued to push the interest forward.

Other interests of mine that may be stumbled upon occasionally on this website include road travel, finding, collecting and consuming soda, photography, and offering insightful commentary on things I find interesting.

I hope you all enjoy this website and what it has to offer. I will try to keep updates flowing regularly, but sometimes they may be few and far between due to work and other activities. Please check out all the links I have posted as they are all great sites and blogs, and definitely are a great way to learn more about what retail is all about.

I will be using my own photography, which may occasionally be accompanied by other photography found elsewhere, all which will be consented for and credited accordingly. I ask that if you want to use a photograph on this website that you please consent for and credit it accordingly wherever you post it as well. This goes for not only this site, but for www.deadmalls.com, The Caldor Rainbow, Ames Fan Club, Facebook, Twitter, Flickr, or wherever. And it not only goes for my photos, but for anyone's. Everyone should be credited for their own original work. They worked for it, it is their right.

RETAIL HISTORY is not affiliated with any of the shopping malls, management companies and/or retail operations referenced to and shown on this website. Any corporate logos shown are the property of their respective owners. RETAIL HISTORY strives to provide accurate information , and any information that can be provided to add onto or to supplement exisiting information is welcomed by email and/or comment submission.
Posted by Jack Thomas at 7:10 PM 3 comments:

Labels: About The Site and Disclaimer
Home
Subscribe to: Posts (Atom)

Copyright 2009-11 Jack Thomas and Retail History. All Rights Reserved. This site is not affiliated with any retail corporation or entity. All corporate logos and slogans are the property of their respective owners.